“…Our origins are fundamental in understanding our culture and traditions, because present day society takes the risk of being more and more unfamiliar and negligent with their traditions and we ourselves are arid, selfish, very different from our grandparents who were surely more generous and communicative, especially in their daily lives.” The mayor Eugenio Di Marco quotes “We cannot risk being trees without roots and therefore we must make up for lost time teaching and transmitting our heritage to our children”.

The origin of the first human settlement in the actual territory of Roccacasale goes back to the pre-Roman epoch. Meaningful rests of this period are found in the place today called “Colle Delle Fate” (for further information on this it is possible to consult the site of the municipality of Corfinio). The first true nucleus of residences from which the actual village developed dates back to around 800/900 AD and around that date there are traces of the existence of a locality called Casali, built on the slopes of the present day Monte della Rocca on the west spur of Monte Morrone. Such settlements can be immediately individualized today in the rests of constructions situated below the castle.

Nevertheless the history of the country and the community of Roccacasale begins with the construction of the Castle that still today, despite its 1000 years and its decadent architectural conditions, solemnly stands out in protection of the underlying country and because of its mighty aspect it easily allows one to imagine the events of which it was once protagonist.

Antonio De Sanctis, a descendent of the dynasty of the Barons of Roccacasale, ascertains that the origin of the Castle dates back to 925, when the Duke of Spoleto, son of Lamberto, was urged by Pope Giovanni X to unite himself with the other princes in barricading the entrance of the Valle del Sangro and the Cinquemiglia plain from the Arabs and the Byzantines. The Saraceni, in fact, already appropriated and settled themselves at the mouths of the Garigliano where they slaughtered and terrorized. Instead in Sicily and on the Adriatic bank dominated the Byzantines who pushed themselves north leaving behind them destruction and ruins.

It was for this reason that the duke of Spoleto, after having summoned his vassals, the marquis of Camerino and the barons of Aquila and Teati (present day Chieti), decided the construction of the castle of Roccacasale on that spur, whose inhabitants belonged to the diocese of Valva. The poet Wickam, makes the building of the castle, even if with some reserve, date back to 1056 while Perogalli quotes the date 1025. Nevertheless, apart from the exactness of the date of the building, the chronicles narrate that the duke of Spoleto named Pietro De Sanctis vavasour in the Basin of Sulmona, a man of strong military virtues who chose the place in which to build the fortress.

When Ottone I passed through the valley with the intention of driving out the Greeks from Southern Italy, Pietro united with his army. The 962 parchment contains an act of appraisal that the Duke turned to the brave Pietro “for the beautiful and strong construction” of the castle. After the death of the eldest De Sanctis, Giovanni, his last child and successor, obtained from the duke of Spoleto the title of Baron for himself and for his eldest brothers and also the feud of the Basin of Sulmona.

In the years ahead the castle and the preexisting Casali assumed the structure of the typical medieval suburb. And it is around 1200 that the name Roccacasale finds its first origins. In fact such a suburb was denoted as Roccae Casalis Castrum and the village is remembered in the bull of Lucio III in the year 1183 addressed to the Bishop of Valva as: “quae sunt in Rocca”.

In the period of the IV Crusades, headed by Baron Riccardo De Sanctis, the castle, together with the fortified settlement enjoyed a period of splendour both from an economic and social point of view. Presumably this was made possible thanks to the participation of Baron Riccardo in the IV Crusades and because of his well respected and esteemed reputation, he was able to promote an ample commercial activity.

From 1250 up to 1590 the Barons De Sanctis presumably lost possession of the feud of Roccacasale and therefore the castle but still maintaining their own baronial building. In the following years the history of the Barons and fortified suburb of Roccacasale seem to have different destinies or interpretations. It results in fact that in 1251 Roccacasale was the feud of the gentlemen of Collepietro, Aloisio and Manfredi; in 1279 the country with the castle belonged to the militiamen, Gualtieri and Petrone of Collepietro; in 1307 the possessors were the noble Tommaso of Collepietro and the militiaman Tommaso his homonym who gave in dowry to his wife his property which in 1318 was sold to Giacomo Cantelmo.

In the beginning of the four hundreds Roccacasale participated in the struggles for the Angioina succession and in these struggles the two armies in opposition to each other were the Caldoresco army which supported Renato Di Angiò and the Cantelmos army of Popoli who sided with Alfonso Di Aragon. The two armies were found nevertheless united to defend Camponeschi Aquilani from Gaglioffi and to subdue the city of Aquila to the obedience of the Aragonese.

The rebellious Aquilanis were subdued and in 1486 Restiano Cantelmo got from the King the right to judge the criminal causes pertaining to Pratola, Roccacasale, Pentima, Vittorito and other property belonging to the county of Popoli.

In the inclusive years between the second half of the four hundreds and first half of the five hundreds Roccacasale was protagonist of disastrous events such as a series of heavy earthquakes damaging the village in 1456; in 1501 it was conquered by the French; the disastrous snowfall in 1517 destroyed a lot of residences.

In 1525 the destinies of the Barons De Sanctis and of the feud of Roccacasale became once again intertwined. In fact, in 1525, Captain Giandomenico De Sanctis Baron of Roccacasale took part in the battle of Pavia with the imperial troops headed by Ferdinando D'Avalos, Marquis of Pescara against the French. The skill and the ability of the Marquis of Pescara prevailed over the numerous enemy army and as a consequence King Francis I was imprisoned and driven to Madrid by Captain De Sanctis.

In 1590 the country was recovered by Ottavio Cantelmo of Popoli who resold the jurisdiction to Pietro Di Pietro of Sulmona who in turn entrusted it to his daughter Isabella, wife of Captain Domenico Antonio De Sanctis of Roccacasale, a soldier in the army constituted for facing the attacks of the bandit Marco Sciarra. Captain Domenico Antonio De Sanctis , from the documents recently individualized in the State Record Office of Sulmona, covered positions of vital importance in the local feudal panorama.

The history of Roccacasale returns to be relevant in 1798, in the period of the French invasion in Abruzzo, when the Baron Giuseppe Mario De Sanctis was called by the Marquis of Pescara to hasten against the French that had besieged Camerino and were directed to conquer the Bourbon Kingdom of the Two Sicilies. In the battle the troops of the Marquis of Pescara were defeated and forced to retire. The Baron reached Popoli where he was commanded to assemble the masses and defend that place. The resistance was great and even though the French, in 1799, succeeded in breaking through and attacking the castle of Roccacasale, they were forced to withdraw.

On March 15th 1799, the French, under the command of General Duhesme returned to attack the castle where they succeeded in entering, slaughtering everyone and lighting a fire. The castle, in that difficult situation suffered drastic damages. Since then the Barons De Sanctis, because of the hostility of its citizens, didn't have the opportunity of reconstructing it anymore. The castle that had survived earthquakes, assaults and poverty for eight centuries was definitely by now in ruins. After the destruction of the castle and because of the changing social-political conditions in Italy, the history of Roccacasale loses its importance on a national level.

During the eight hundreds repeated epidemics of cholera reduced the population and after many years Roccacasale became a small community that had as the only means of survival agriculture and stock-raising. Meanwhile the country had lost the urban structure of the typical medieval suburb. In fact the village develops more and more outside of its ancient suburb.

The dark period for Roccacasale lasts up to the events of the second world war when the generosity, the courage and solidarity of the population unite to bring Roccacasale back in the history books again. After the armistice of September 8th 1943 the English, American, South Africans and many others were imprisoned in Concentration Camp XX of Sulmona and with the conniving help of the Italian authorities escaped and dispersed themselves in the nearby mountains with the intend of escaping the plundering carried out by the Germans and to try to arrive in Molise to the front line. Many of these prisoners were accepted in Roccacasale and in all the other villages closeby. Among these prisoners there was Uys Krige, a great South African poet and writer, author of books narrating his time spent in Roccacasale.

Ignazio Silone, in The Adventure of a Poor Christian, writes of his meeting with Krige:

“…It was in a first meeting in Rome toward the end of 1944 that Krige talked to me with tears in his eyes of the shepherds of Roccacasale, of Campo di Giove, of Castel Verino… he didn't hesitate to affirm that the time spent among them was the most beautiful of his life, experiencing for the first time human relationships absolutely pure and intersting…”,

and he also writes:

“…on the slopes of Monte Della Rocca they reached the village of Roccacasale. Although it was already full of ex-prisoners who lived with the families the three were equally welcomed with open arms. The whole population, even though very poor, worked hard all day long to give a decent meal to the guests, while the Germans posted manifests on the walls which gave capital punishment to whoever helped allied prisoners escape. One day the Germans arrived with a truck and captured thirty hostages…”

The thirty hostages were poor people who had never committed a crime, only inhabitants of a small village who were forced into remaining in the Concentration Camp of Sulmona for three days and three nights subject to every sort of deprivation. Nine of the thirty were deported to Germany in the extermination camps. Only three of them returned.

After the sad events of the second world war the history of Roccacasale is marked by a heavy emigration in the 50's 60's and 70's toward other European countries and toward Canada and the United States. In fact there are many Roccolane communities in America.

Today Roccacasale is a small village in the center of Morrone National Park and the Maiella with a great history which is not often known but is of a vital importance for the future.

The History of "The Crocella"

"The Crocella" is another of the places dear to the Roccolans. The oral tradition handed down to us that around 1750 word spread that a terrible monster with a lion's head and four long arms ending in terrible claws lived in the area between Fossa and Preta.

This monster, covered with long orange hair, was throwing from the mouth sparks of fire that rolled through the trees like red hot stones. The frightened peole asked for help to the parish priest, Father Charles Fiore, who in procession, praying, planted a large wooden cross on the summit of Monte della Rocca.

Since then the monster was not seen more.

In 1911 Don Tobisi Silvestri, pastor of Roccacasale, changed the aforementioned wooden cross with a new iron. Since then the summit of Monte della Rocca is called "The Crocella".

In 2014 was placed a new cross high 5 mt. that watches over the village of Roccacasale. 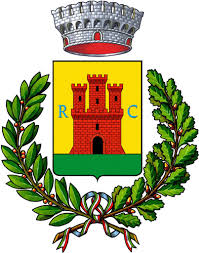 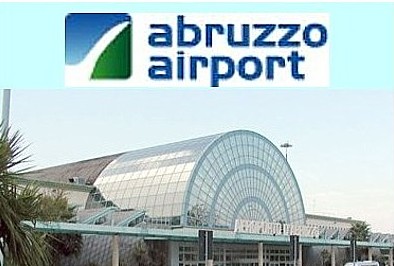